Doctor Who - The Power of the Daleks (Special Edition)

Patrick Troughton stars in this recreation of a lost classic from 1966.

The TARDIS brings the Doctor, Polly and Ben to a colony on the swamp planet of Vulcan. Soon after arriving, the Doctor witnesses a brutal murder. Meanwhile, in another part of the colony an ancient crashed space capsule has been discovered in the swamps. The colony's misguided chief scientist opens the capsule and discovers a group of strange metal 'creatures' inside. 'Power of the Daleks' was the first Doctor Who story to star Patrick Troughton as the Doctor. Sadly, none of the six original broadcast episodes any longer exist in the BBC Film Archives. However, complete audio recordings of the lost episodes have survived and it is these audio recordings that are used as the basis for this special animated production of the programme. Now in a brand new edition and brought to you in glorious black and white. 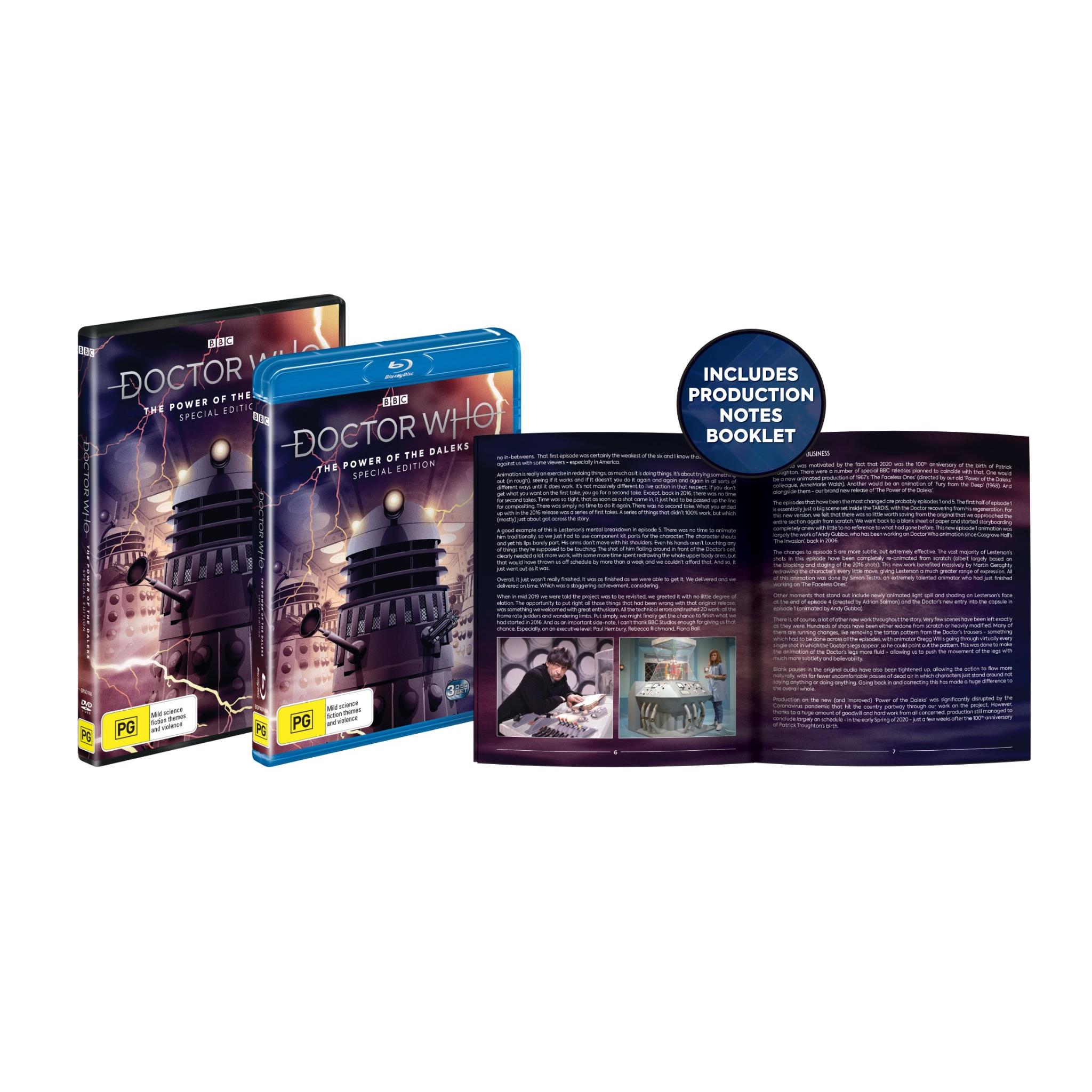