The thrilling worldwide phenomenon of Fifty Shades is complete with this sensual trilogy.

Fifty Shades Of Grey
When literature student Anastasia Steele goes to interview young entrepreneur Christian Grey, she encounters a man who is beautiful, brilliant, and intimidating. The unworldly, innocent Ana is startled to realize she wants this man and, despite his enigmatic reserve, finds she is desperate to get close to him. Unable to resist Ana’s quiet beauty, wit, and independent spirit, Grey admits he wants her, too—but on his own terms.

When a wounded Christian Grey tried to entice a cautious Ana Steele back into his life, she demands a new arrangement before she will give him another chance.  As the two begin to build trust and find stability, shadowy figures from Christian’s past start to circle the couple, determined to destroy their hopes for a future together.

Believing they have left behind shadowy figures from their past, newlyweds Christian and Ana fully embrace an inextricable connection and shared life of luxury. But just as she steps into her role as Mrs. Grey and he relaxes into an unfamiliar stability, new threats could jeopardize their happy ending before it even begins. 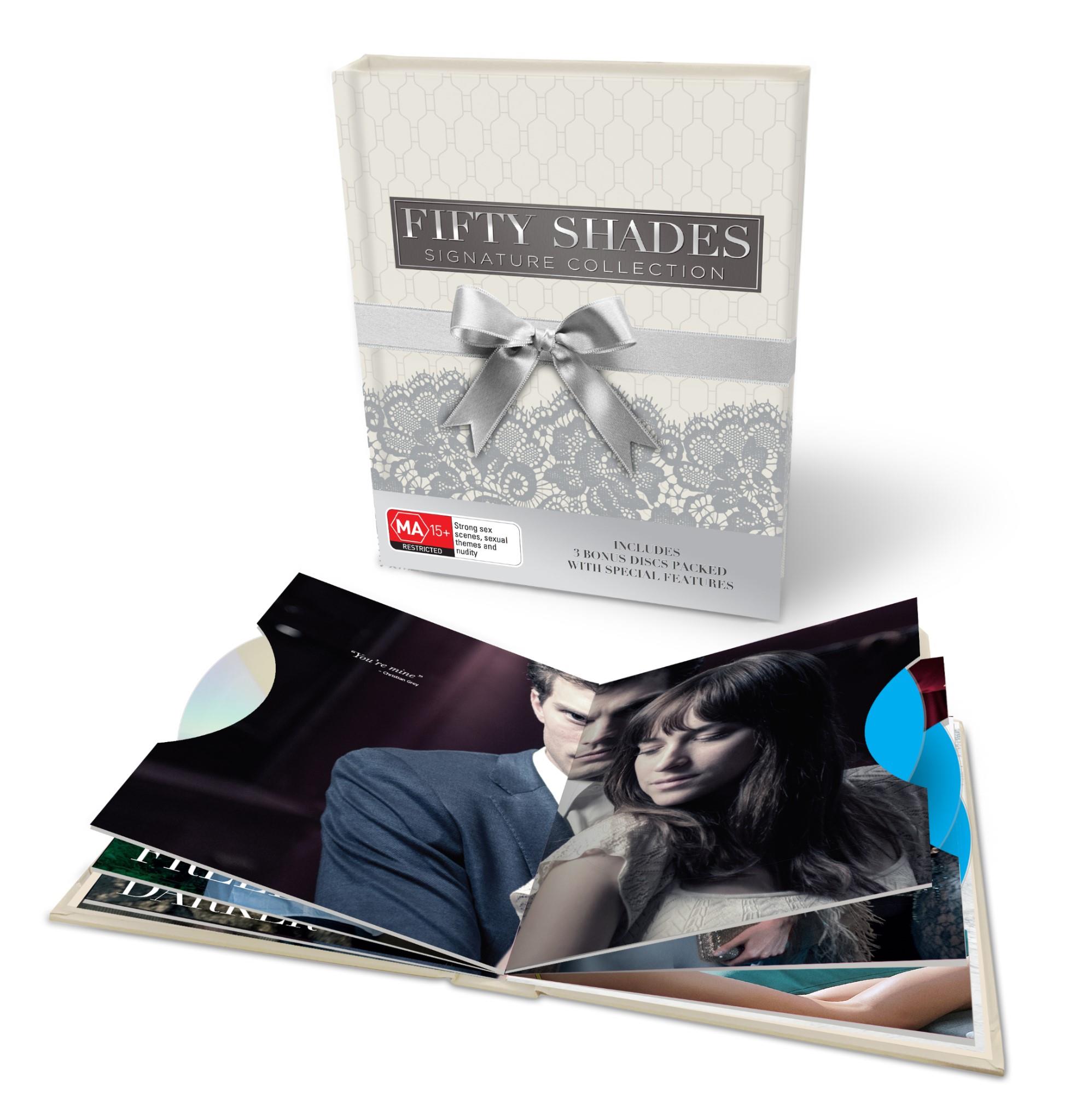