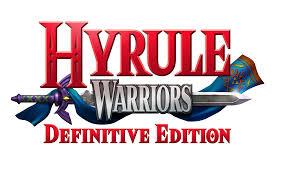 A new, ultimate version of the exhilarating action game set in the Zelda universe will include every map and mission, plus all 29 playable characters from both the Wii U and Nintendo 3DS versions of the game, along with all of the previous paid downloadable content. Play as Link, Zelda, Midna, Skull Kid and dozens more in action-packed battles at home or on the go. Additionally, the game includes new outfits for Link and Zelda based on the Legend of Zelda: Breath of the Wild game.

The delicate balance of the Triforce has been disrupted and Hyrule Kingdom is once again being torn apart by a dark power, this time led by Sorceress Cia.

Heroic Link carves through a huge onslaught of enemies as he executes flashy moves with combat attacks. This also marks the first time that many other iconic characters from The Legend of Zelda franchise are playable for any length of time, including Princess Zelda, Impa and Midna.

Protect and reclaim recognizable landmarks from multiple games in The Legend of Zelda series, including such classic areas like Hyrule Field and the Palace of Twilight.

Push back armies of classic enemies from The Legend of Zelda, as well as powerful enemies making their debuts in Hyrule Warriors.

Advance the story to unlock new playable characters, each with unique moves and weapon types. Collect Rupees and other useful items to upgrade weapons and craft badges, which players can use to bolster each warrior’s abilities.