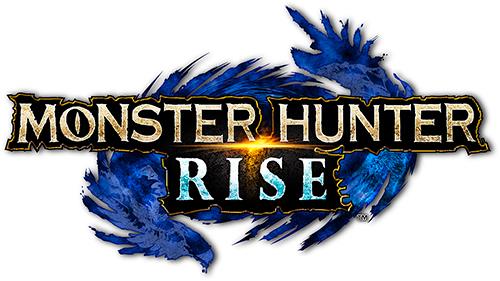 Rise to the challenge and join the hunt!

The critically acclaimed action-RPG series returns to the Nintendo Switch™!

Set in the ninja-inspired land of Kamura Village, explore lush ecosystems and battle fearsome monsters to become the ultimate hunter. It’s been half a century since the last calamity struck, but a terrifying new monster has reared its head and threatens to plunge the land into chaos once again.

Hunt solo or in a party with friends to earn rewards that you can use to craft a huge variety of weapons and armor. Brand new gameplay systems such as the high-flying ‘Wire Action’ and your canine companion ‘Palamute’ will add exciting new layers to the already robust combat that Monster Hunter is known for.

Whether it’s at home, on the go, online or offline - you’ll always be ready for your next hunt on the Nintendo Switch™!

Rise to New Heights
The debut of the new “Wirebug” mechanic allows for wire-based grappling actions that can beused to scale cliffs and other hard-to-reach areas, providing new traversal and aerial attack options.

Canyne Companions
New hunting partners called Palamutes can be personalized and used to ride across the terrain,providing players with all-new traveling and attack options. On solo hunts, players can select both a Palamute andPalico to assist them, while multiplayer hunters can bring one or the other into the field.

The Rampage
In addition to the plethora of solo and multiplayer quests, the immersive story mode will task aspiringhunters with discovering the secrets behind the puzzling “Rampage” events that threaten Kamura Village.

Hunting Options
Play solo, or join up to three other hunters in local or online co-op play. The Nintendo Switch systemalso allows for hunting anywhere, anytime and with anyone!

Seamless Gameplay
Featuring maps with no loading times, the continuous gameplay ensures that players willremain on their quests as soon as the hunt begins, without transitions between areas.