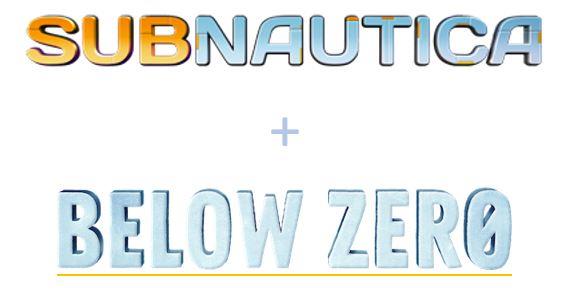 Combining the award-winning game Subnautica with its unreleased sequel Subnautica Below Zero, this Nintendo Switch exclusive allows players to fully immerse themselves in the full mystery surrounding the water world of planet 4546B.

Craft equipment, pilot submarines and out-smart wildlife to explore lush coral reefs, volcanoes, cave systems, and more - all while trying to survive in both hostile water zones and frozen terrains

Survival Is Key: Gather valuable materials, craft tools, manage your hunger and thirst, all while evading the dangerous wildlife that sees you as its next meal

The Mysteries Submerged on Planet 4546B: You came here in search of answers. You risked everything to get here and you will not leave until you have uncovered the truth…

Exploration: Delve into unique aquatic and terrain biomes that will unlock not only materials, but the answers that you seek

Build Your Habitat:  Crafting and building the comforts of home here.  These bases will be integral for your survival from not only the wildlife, but also the harsh environment around you.