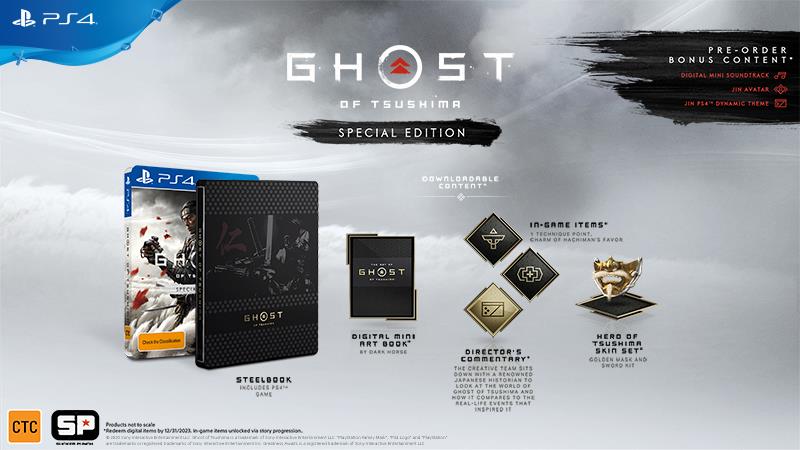 The Ghost of Tsushima Special Edition includes the following content:

Game
SteelBook Case
1 Technique Point*
Charm of Hachiman’s Favor*
Hero of Tsushima Skin Set*: Golden Mask, Sword Kit
Digital Mini Art Book by Dark Horse*
Director’s Commentary*: The creative team sits down with a renowned Japanese historian to look at the world of Ghost of Tsushima and how it compares to the real-life events that inspired it