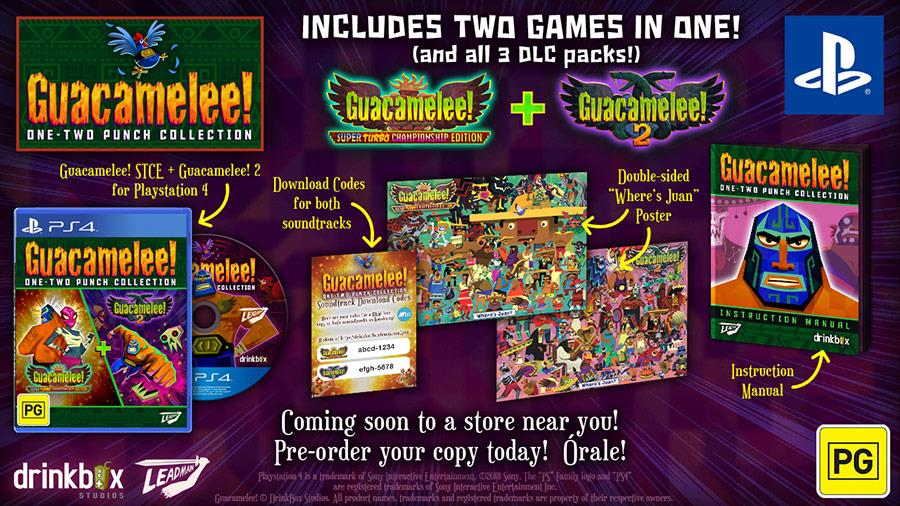 Together for the first time, the Guacamelee! One-Two Punch Collection combines the critically acclaimed Guacamelee! Super Turbo Championship Edition and its highly anticipated sequel Guacamelee! 2 into one incredible must-buy package.

The Guacamelee! Series combines action-packed 2D brawling with challenging platforming and Metroidvania progression elements.  Inspired by Mexican folklore, Guacamelee! has players take control of a down-on-his-luck wrestler named Juan Aguacate as he explores a huge hand-crafted world filled with hordes of undead enemies and sassy bosses....and who said anything about a Chicken Illuminati?  Certainly not us.

Drop in/out local co-operative play with up to four players.

Many unique bosses, wide range of foes, and elite-class enemies.

Colourful, vibrant costumes that change both appearance and fighting attributes.

Leaderboards, achievements, and support for multiple save slots.

...and of course, chickens.  Lots and lots of chickens.