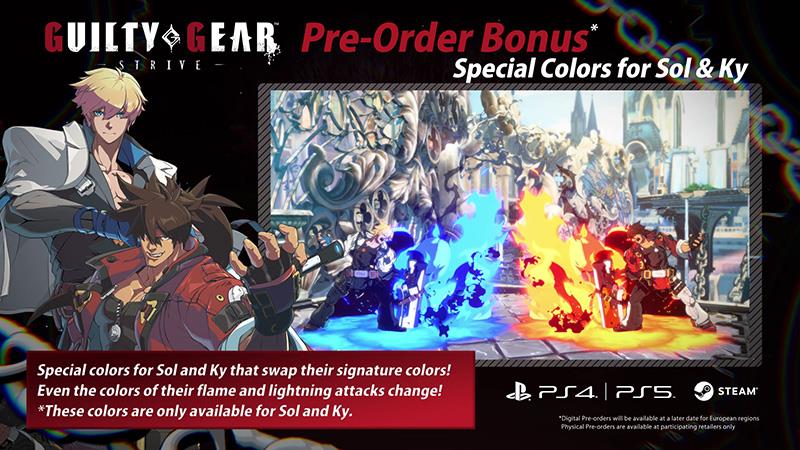 A brand new game in the Guilty Gear™ series, dedicated to all fighting game fans and all players.

Featuring 3D visuals that could be mistaken for hand-drawn anime(2.5D), achieved by high quality animation technique of the highly praised Guilty Gear Xrd series. The series' charismatic characters have been completely renewed and many new characters join the cast. The gameplay has been reworked from previous games. It remains an easy-to-understand system while it is still really deep when you want to master it.
It also features numerous rock songs composed by Daisuke Ishiwatari, and a story mode longer than a movie, designed not only for Guilty Gear fans, but also anime fans.

Charismatic characters. The designs of existing characters have been completely reworked. Also featuring new characters.
Easy to understand, deeper fighting system than ever.
BGM and vocal songs by Daisuke Ishiwatari, making for breathtaking battles. Most songs are completely new.
Comfortable online play with "rollback netcode" (this is the best way to play a fighting game online without having lag between two players because it simulates a local versus by correcting imputs errors without players noticing it)
A lot of different play modes. Featuring a story mode longer than a movie.
Plan to release DLC characters regularly to sustain the life of the game