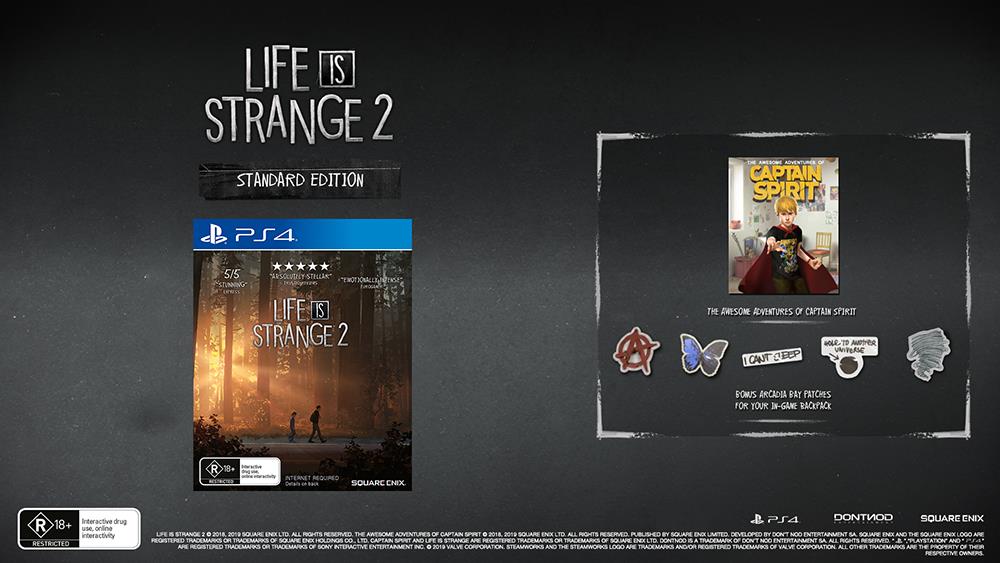 One journey. Many paths.

The award winning Life is Strange series continues with a long-awaited sequel from DONTNOD Entertainment.

Two brothers Sean and Daniel Diaz, 16 and 9, are forced to run away from home after a tragic incident in Seattle. In fear of the police, Sean & Daniel head to Mexico while attempting to conceal a sudden and mysterious supernatural power.

Life on the road is tough and now totally responsible for his much younger brother, Sean begins to realize that his decisions will impact their lives forever…