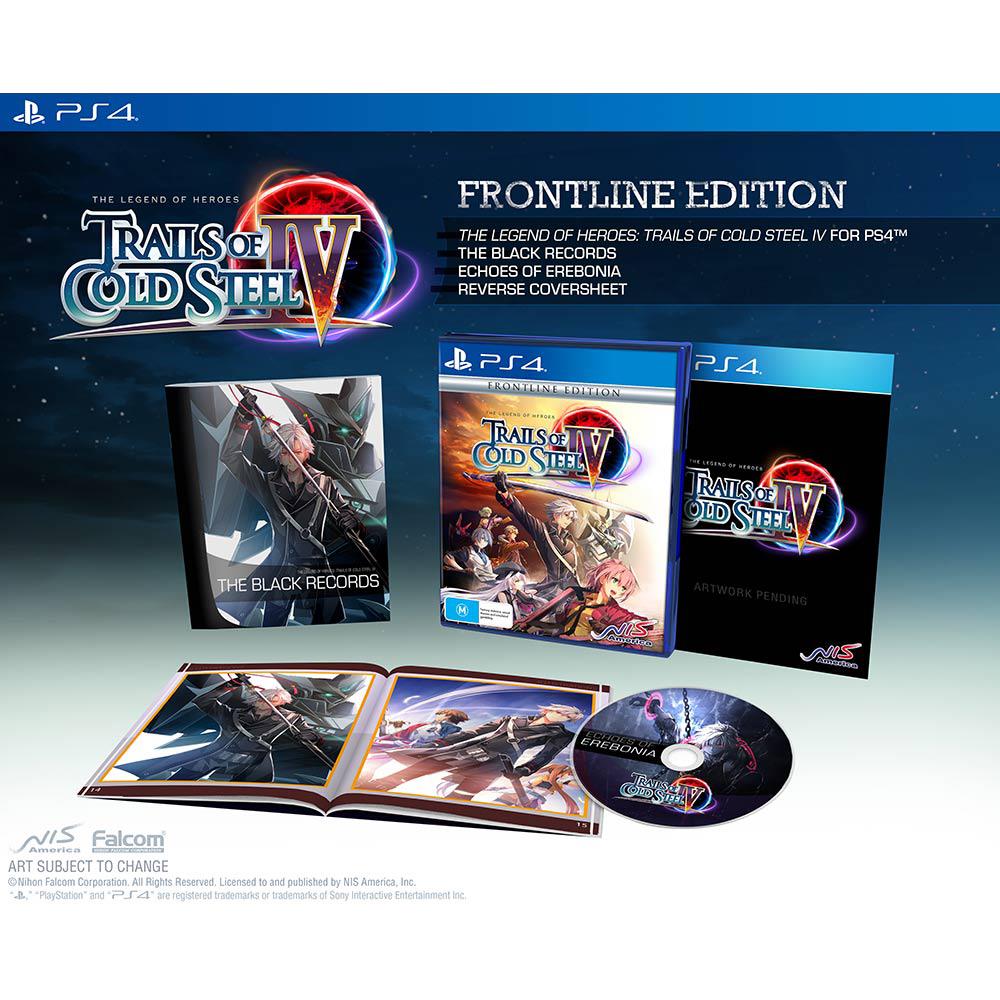 The Legend of Heroes: Trails of Cold Steel IV Frontline Edition is packed with extras! Uncover additional detail with “The Black Records” - a softcover art booklet! And keep the memories of Erebonia with you thanks to the “Echoes of Erebonia” CD. All this and a reversible cover are included in the Frontline Edition – so enlist today!

The Erebonian Empire is on the brink of all-out war! Taking place shortly after the ending of Trails of Cold Steel III, the heroes of Class VII find themselves against the full force of the Empire in an attempt to stop its path of total domination. Further, the hero of the Erebonian Civil War and Class VII's instructor, Rean Schwarzer, has gone missing. Now, the students of Class VII, old and new, must unite with heroes from all over the continent to create the only chance the world has to be spared from total destruction.

The Ultimate Class Reunion – Boasting the largest roster in series history, heroes from all over seek to join the cause! The heroes of Class VII unite with Crossbell's Special Support Section and even the heroes of Liberl.

Battle Most Refined – New and returning systems join the already polished combat of The Legend of Heroes series, including the ability to summon giant mechs to the field for devastating attacks, engage in Auto Battle for more expedient combat, and utilize Lost Arts, the most powerful Orbal magic capable of turning the tide of battle.

Pursuits of the War Weary – In between epic battles, catch a breather with a number of mini-games including returning favorites like Vantage Master, and fishing and puzzle games, as well as all-new pursuits like Poker, Blackjack, and the Horror Coaster.