Enhance your Watch Dogs: Legion experience with the GOLD EDITION including:

Enjoy new ways to play the game with the Season Pass: 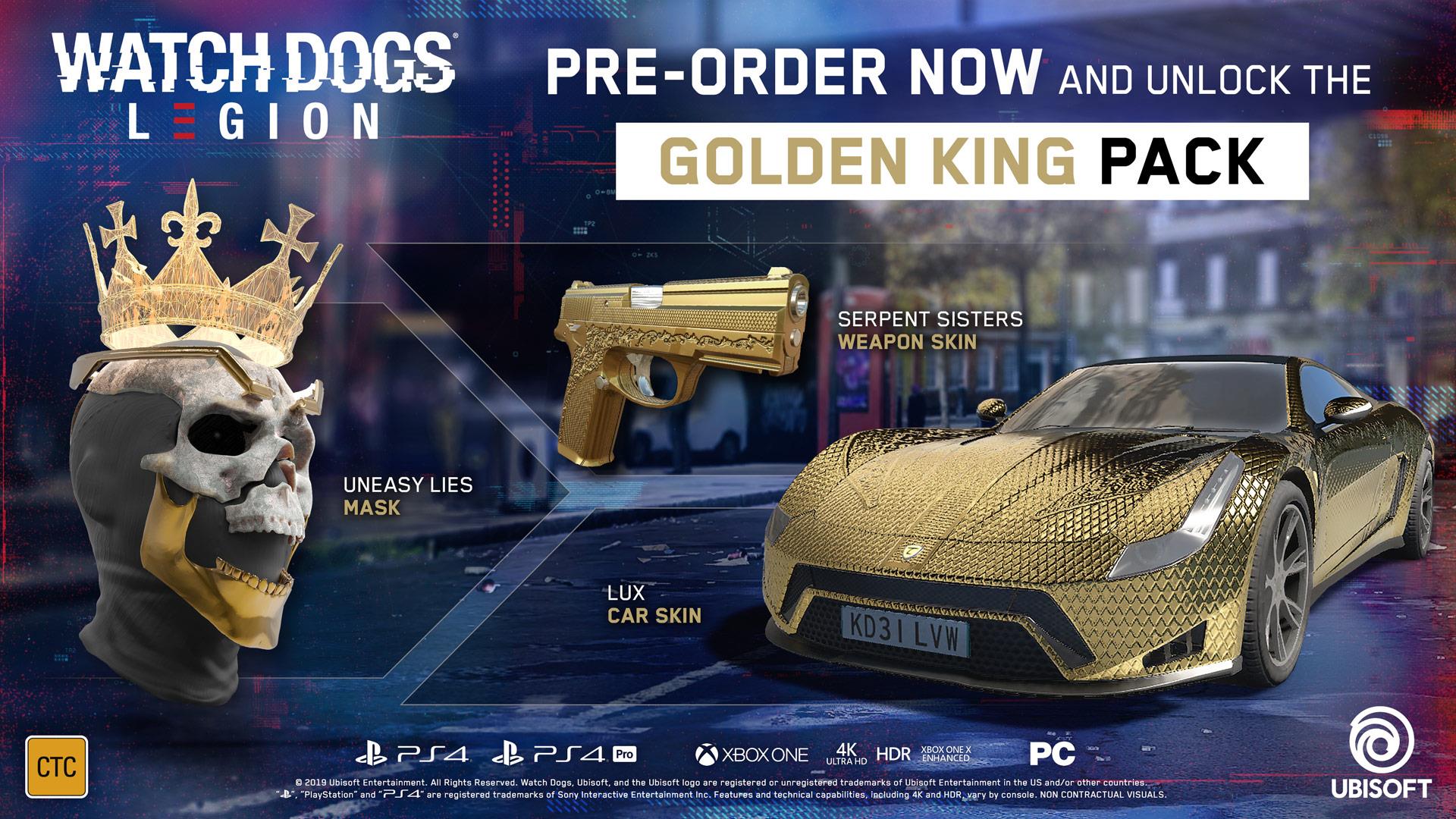 Pre-order to get access to the Golden King Pack and set your heroes apart in the streets of London with:

In the near future, London is facing its downfall: an all-seeing surveillance state is oppressing the people, private militaries control the streets, and a powerful crime syndicate is preying on the vulnerable.

The fate of London lies with you and your ability to fight back.

Welcome to the Resistance.

OPEN-WORLD LONDON
Explore a massive urban open-world where you can visit London’s many famous landmarks.

PLAY AS ANYONE
Experience a never-seen-before gameplay innovation. Anyone you see can join your team complete with a unique backstory, personality, and skill set.

TEAM UP WITH FRIENDS
Bring your team online and join forces with up to three friends and explore the world together or take on entirely new co-op missions and challenging endgame content.