Pre-order online and get a bonus mask! (online pre-order only, while stocks last) 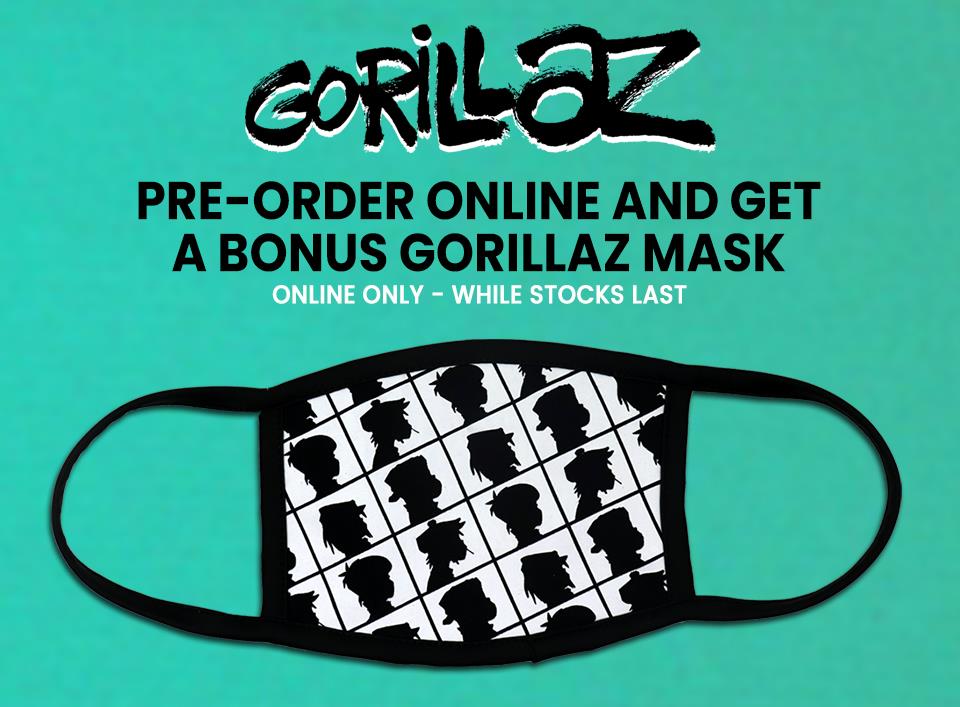 Gorillaz started the year with Episode 1 - ‘Momentary Bliss ft. slowthai and Slaves’ - of Song Machine, a whole new concept from one of the most innovative bands around.

Now, six episodes in, Noodle, 2D, Murdoc and Russel have visited Morocco and Paris, London and Lake Como, as well as travelling all the way to the moon, and Gorillaz is ready to bring you the full collection.