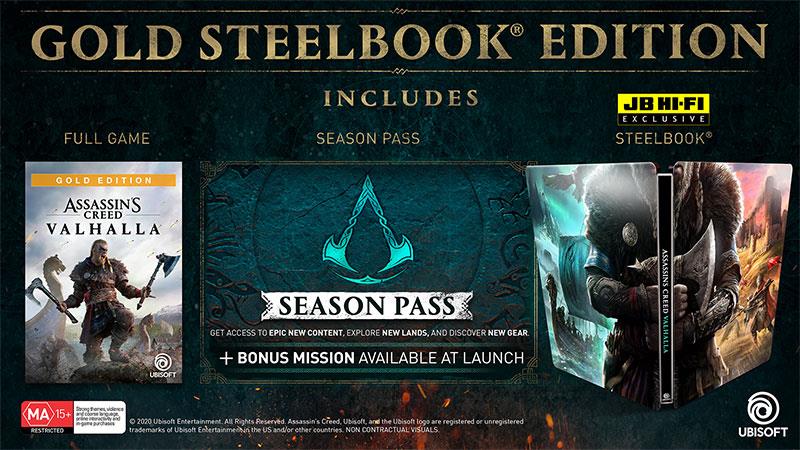 The Gold Edition of the game includes:

Extend your experience with the Season Pass*:

Additionally, the Assassin’s Creed Valhalla Gold SteelBook® Edition will include:

• An Exclusive SteelBook® with an iconic design inspired by in-game emblems.