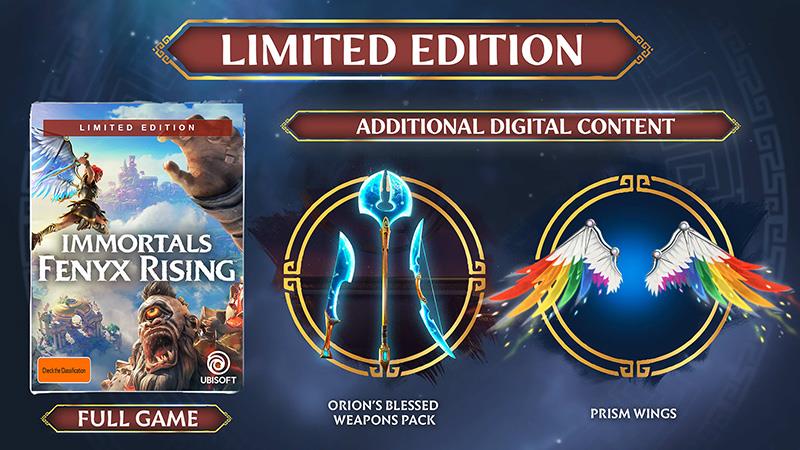 THE GAME
• Copy of the Immortals Fenyx Rising™ game.

DIGITAL CONTENT*
• The Orion's Blessed Weapons Pack. Wield the power of Orion and the constellations with this celestial weapon pack. Contains Orion-themed skins for your Sword, Axe, and Bow.
Includes:
o Sword: Legend has it that this blade is sharp enough to cut a star from the sky. The constellations themselves fear the hero who wields this sword.
o Axe: The most beautiful of shooting stars is jealous of the arc of this fabled axe.
o Bow: Wield the power of a shooting star when you let fly with the cosmic power of this bow.

• The Prism Wings.
Each individual strand of each plume contains in it all imaginable colours of the rainbow. These wings are the pride of Daidalos.