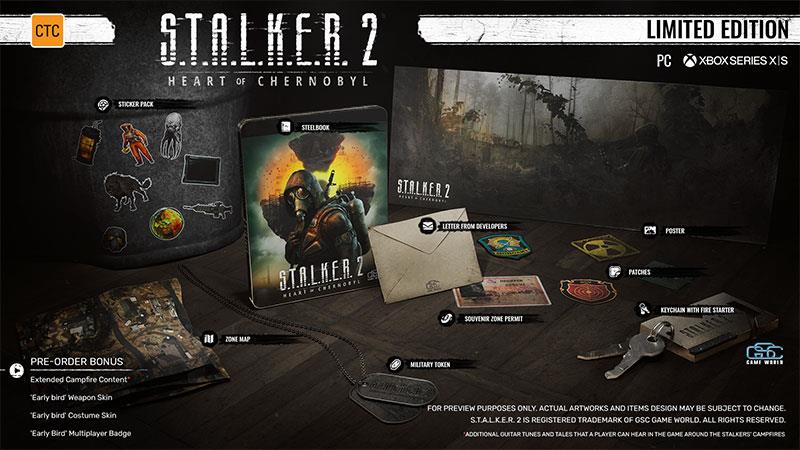 The Heart of Chernobyl has never been beating so loud as it is right now. The Zone is calling for stalkers, who are ready to delve into the non-linear journey through a sinister open world in the Eastern European post-apocalyptic setting.

S.T.A.L.K.E.R. 2: Heart of Chernobyl applies the full potential of Unreal Engine 5 as well as motion capture and photogrammetry technologies to provide you with benchmark-setting graphics and ultimate immersion into the game world. The advanced artificial intelligence system will compel the stalker to utilize a tactical approach against numerous enemies, challenging and keeping even the most hard-boiled players engaged. A-Life 2.0 life-simulating system builds a holistic live environment where player's actions have an impact on the world of the Zone.

Dangerous mutants and deadly anomalies will not be the only obstacles on your journey. You will feel all the griefs of a new stalker life while searching and consuming rare and valuable supplies — food, drinks, meds, alcohol, etc. Immersive survival mechanics will be enriching the gameplay on the path through the branched storyline.

Unique gameplay built on a blend of FPS, horror and immersive sim

Life-simulating system “A-life 2.0” that makes the game world feel alive as never before